SDGs stands for “Sustainable Development Goals” and refers to a collection of global goals adopted at the United Nations Headquarters in New York during the 2015 UN summit. 193 United Nations members states including Japan promised to realize a sustainable world with a balanced economy, environment, and society by 2030.

SDGs comprise 17 general goals, 169 targets that describe specific actions and numbers for achieving the goals, and 232 indicators with detailed numerical goals. The SDGs pledge to “Leave No One Behind.”

A comprehensive list of issues of the 21st century with specific numerical targets covers problems ranging from poverty, hunger, and sanitation in developing countries; energy and decent work in developed countries; to fighting climate change. Sustainable development has long been a crucial theme with various goals set forth.

However, tackling past goals have mainly been spearheaded by countries and NGOs, and it has been rather difficult for individuals to have a sense of responsibility and take action. The SDGs are universal goals that ask not just developing countries but developed countries and private businesses to participate, and the Takachihogo-Shiibayama Site is actively playing a role as well. 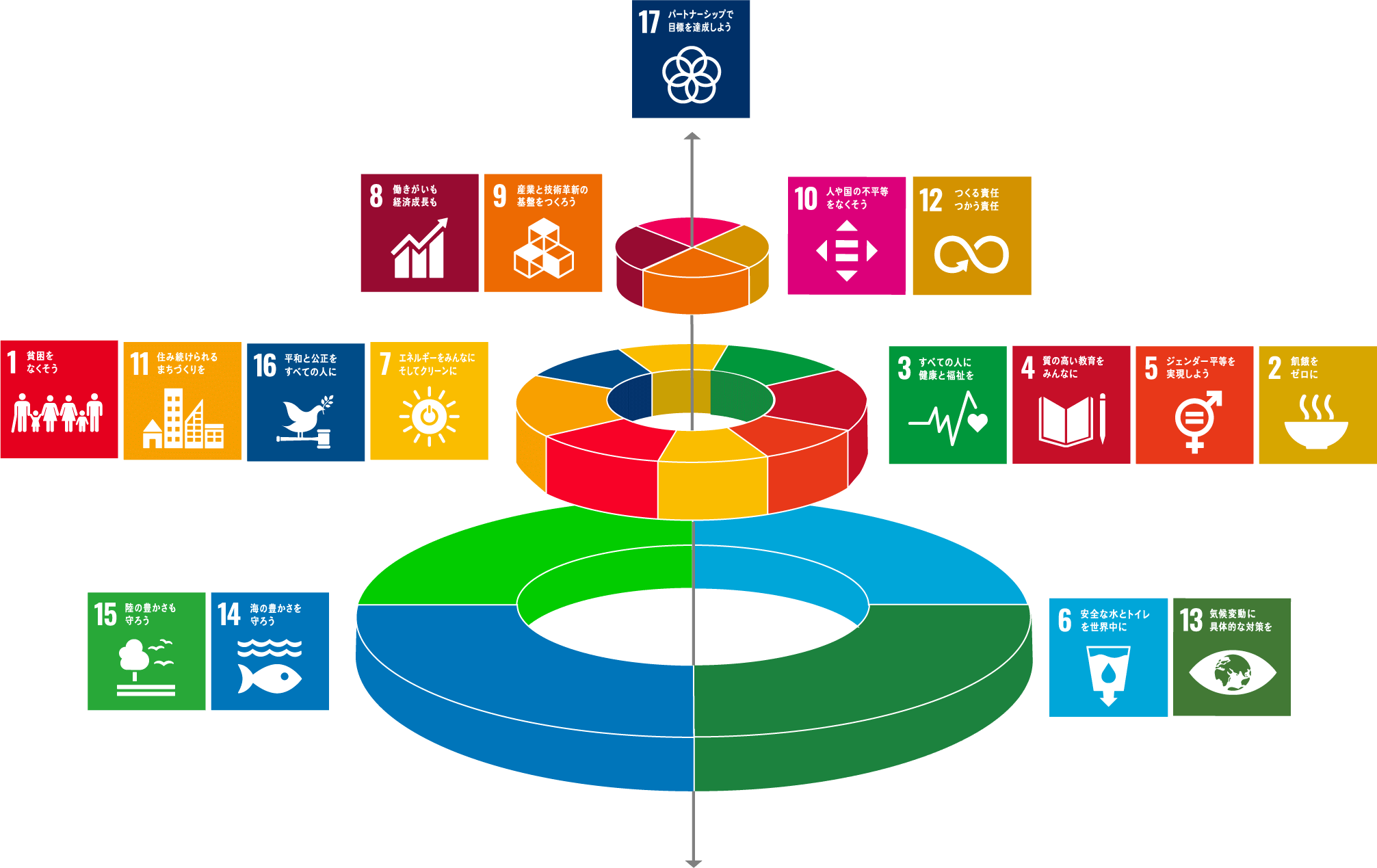 Ever since the Industrial Revolution of the 19th century, rapid development of industry has allowed for mass production and consumption. Food shortages have become less of an issue and material wealth has skyrocketed. However, one cannot deny that this has had a negative impact on the environment. This is especially apparent in the fields of agriculture and forestry, where chemical fertilizers and excessive use of agricultural chemicals have contaminated soil and destroyed ecosystems, and plantation development has led to serious deforestation.

The disparity between developed countries where food is often wasted, and developing countries where safe, nutritious food is hard to come by is growing as well. As the agriculture industry produces food to keep us alive, it is indispensable for everyone on Earth.

However, with the global population rising and with concerns over human impact on the environment, it is crucial that agriculture maintains harvest necessary for living in a sustainable manner that cares for plant and animal ecosystems. As the Globally Important Agricultural Heritage System of the Takachihogo-Shiibayama Site combines the agriculture, forestry, and livestock industries, the people have made a living by delicately balancing forest use and preservation.

The people’s efforts have protected rare plants and animals in forests and farmland, preserved beautiful scenery such as terraced fields covering the mountainside, and nurtured traditional cultures such as kagura, which passes down ancient Japanese mythology and folklore. The region’s lifestyle that has been inherited for generations embraces wisdom and techniques that share much in common with the SDGs, and embodies infinite possibilities of the region becoming a global role model that learns from the past to create a bright future.

Coincidentally, the SDGs were adopted at the United Nations summit in New York in 2015, the same year in which this region was designated a Globally Important Agricultural Heritage System, and there has been great momentum around the world since then for realizing a sustainable world with a balanced economy, environment, and society that “Leaves No One Behind.” 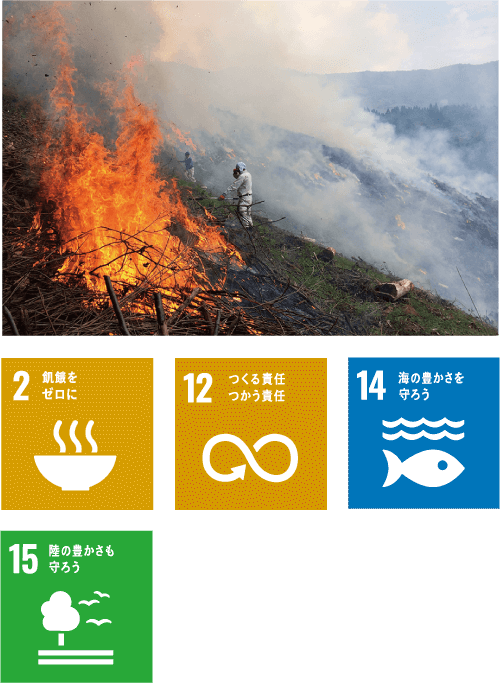 The traditional slash-and-burn agriculture of Shiiba Village that originated thousands of years ago is a cyclical farming method that works together with the forest. After crops necessary for living are harvested, land is given a fallow period of decades so it can regain its strength. In contrast to modern slash-and-burn agriculture where large forest areas are burned away at once, land is burned in a patchwork pattern, thus reducing the impact on wildlife and preserving a rich ecosystem. 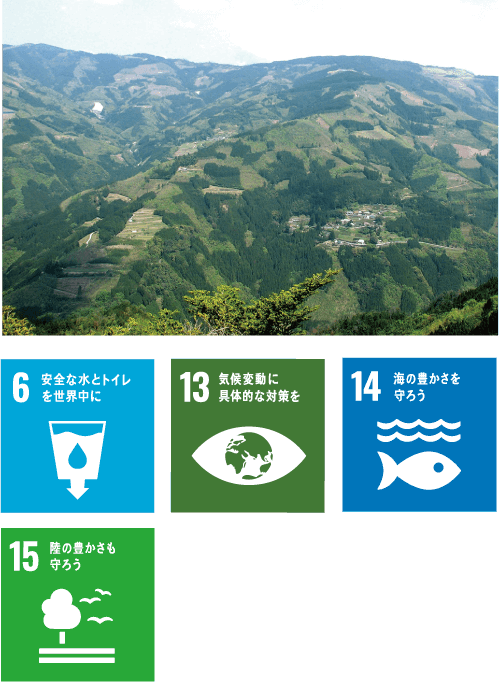 Morotsuka Village has a thriving forestry industry and is one of Japan’s top producers of timber. The village also maintains and manages forests while adhering to a global standard and has received FSC certification. Morotsuka’s forest maintenance is appropriate from an environmental protection perspective as well, and the “mosaic forest” with its diverse trees contributes greatly to the beneficial functions of a forest, such as groundwater recharge and preservation of ecosystems. 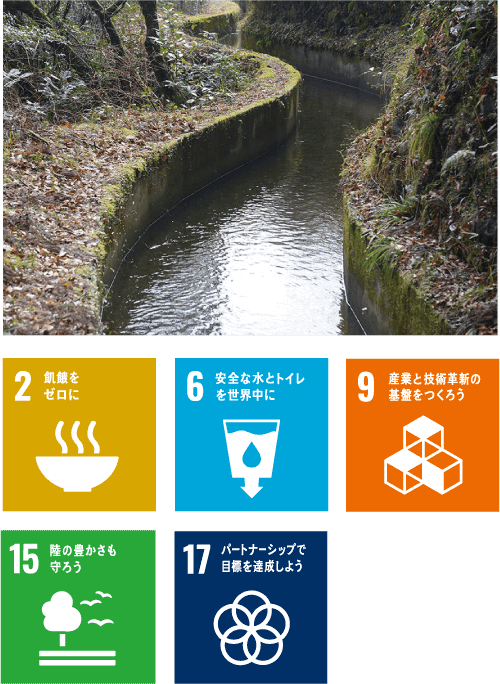 The rice terraces that make farming possible on steep mountains, and the mountainside irrigation canal that provides precious water to rice crops are carefully maintained by locals and continue to play a key role in the area’s agriculture. The canal provides water even during non-irrigation periods and serves multiple functions such as preventing fires, maintaining ecosystems, and creating landscapes in addition to watering rice crops. Furthermore, livestock manure makes a considerable contribution to sustainable agriculture through its use as compost in rice terraces and fields.

Composite management of agriculture and forestry 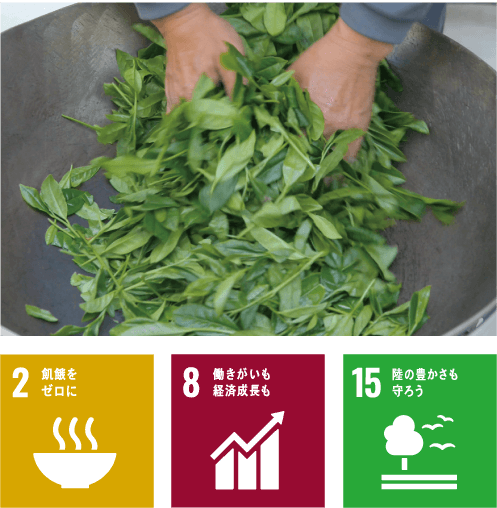 Although the area is surrounded by steep mountains, the livelihood of workers in the agriculture and forestry industries is maintained through “a composite management system of agriculture and forestry in a mountains area,” which combines a wide array of agricultural work that is in line with the terrain and seasons. The system also prevents excessive forest use resulting from timber production and land development, and creates the perfect balance between people’s livelihoods and forest resources.

Traditional culture supported by people of all ages 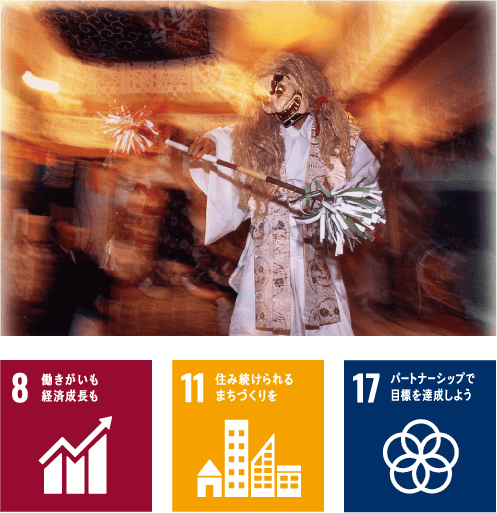 Kagura is a traditional culture that has been passed down as a form of prayer for rich harvests and harmony among the agriculture and forestry workers of the harsh environment. In addition to the kagura dancers, preparations and hospitality play a crucial role, and all the residents participate to play their part. The Takachihogo-Shiibayama Site has a deep connection with Japanese mythology and has long been believed to be the place where the grandson of the goddess Amaterasu descended upon. The traditional culture here is an indispensable tourist attraction that supports the local economy and brings people together.

Nurturing the next generation 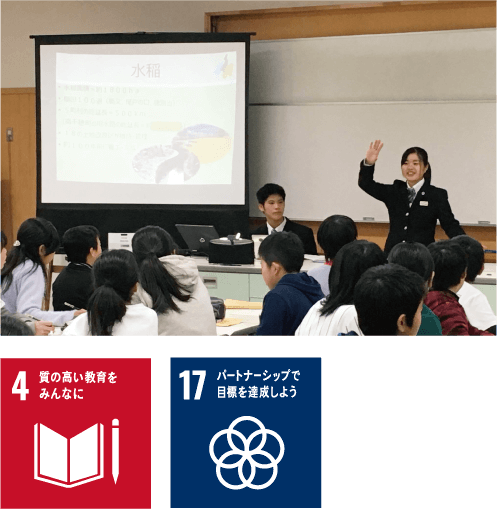 The Takachihogo-Shiibayama Site has been a strong advocate of fighting environmental problems and climate change. The region is home to vast wisdom and techniques that nurture a global mindset, and an educational program based on a “Forestopia” concept of leveraging rich forest resources has been implemented in the field of education from an early stage. The designation as a Globally Important Agricultural Heritage System has further accelerated cultivation of human resources that will carry on the future of this area.